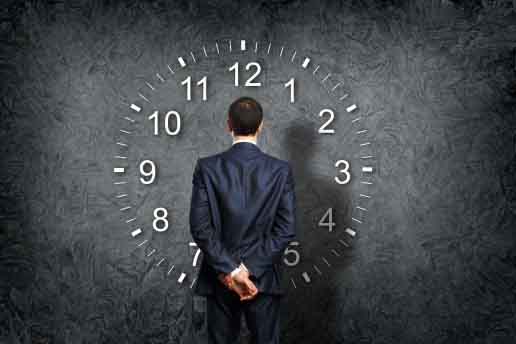 Real Estate in India is in a peculiar situation with enough supply from smaller developers and not much inventory especially nearing possession from grade-A developers. While the recession and other doomsday predictions are based on generic concepts the ground reality is quite different, especially in Bangalore where amongst the top 3 developers in the city there is hardly any availability in ready to move in and nearing completion projects! Yet as they say the crisis brings an opportunity to get some real deals on the table across the board.
We feel the next few months will present a golden opportunity to serious buyers and here are a few reasons.

1. Real Estate prices are already low
It’s been a buyer’s market since last few years where hyper competition amongst developers led to a scenario where prices barely went up! infact they underperformed inflation too in some cases.  The demonetization and GST further led to a lot of confusion and delay in decisions with investors sitting on the sidelines due to expectation of better pricing, which meant last few years majorly only the serious buyers were there in the market.  Today we have a scenario which is presenting an opportunity for investors with a glut of schemes and offers for investors which are highlighted further in the article.

2. Bangalore- a city for all seasons and reasons
Unlike other cities which are either financial capital or IT hub. Bangalore is one of the few cities which apart from being a major IT hub also has a huge presence of non-IT, start-up hubs, largest e-commerce firms, aerospace
companies, etc. The opportunity will only increase as many companies would look to expand beyond China in the medium term and Bangalore is expected to be at the forefront of it due to its human capital, availability of land,
resources, and overall investor-friendly environment.

3. Lowest ever home loan rates
The home loan rates of around 6.95-7.25% today are one of the lowest ever. With effect from October 1, 2019, as per mandate by the Reserve Bank India (RBI), banks have to link interest rates on home loans, to an external
benchmark rate. RBI has asked banks to link their lending interest rates to any of the four external benchmarks:

Most banks have opted to link the interest rate on loans to RBI’s repo rate. A bank’s interest rate linked to the repo rate is called Repo Rate Linked Lending Rate (RLLR). This move has led to a lot of transparency and led to a scenario where banks have to reset their rates once every 3 months. Therefore, in case of any change in the external benchmark, for instance, the repo rate in the above table, then banks will also have to change the interest rate they are charging you for the loan taken.

4. Payments plans – Never Before & Never Again
The payment plans today are never heard before in the real estate market even for a ready-to-move-in project. Investors based on their cash flow can today choose and structure a payment plan with very little initial commitment.
• Pay 5% under subvention and balance at possession
• Pay 25% every year
• 12 months free interest offers on ready to move in properties
• Book now by paying 5% and stay for a year post-completion and if not ok return the property back!

The schemes and offers are real! If one is  serious in this market to buy then the offers will lead to huge savings both for ready to move in and under construction projects.

5.     Pro Buyers Reforms
GST and RERA implementation are two of the strongest pillars on which the real estate development foundation is built. The fly by night and non serious players are already out of the market and with strict compliance the developers today are promising what they can deliver and deliver on time!  This gives a strong boost to buyers ensuring all the titles of the project are clear and they are covered under RERA in case of non compliance by
developers.
The government has extended the deduction of interest on home loan by Rs 1.5 lakh to Rs 3.5 lakh and flat 1% GST for under-construction affordable housing to boost demand.

Our story is simple, yet our distinguished approach is highly sophisticated. Catering to the most discerning clientele with a desire and demand for luxury real estate. With an unmatched commitment to set a new standard in the representation of selling and buying real estate.

Designed and Developed By Brandemic